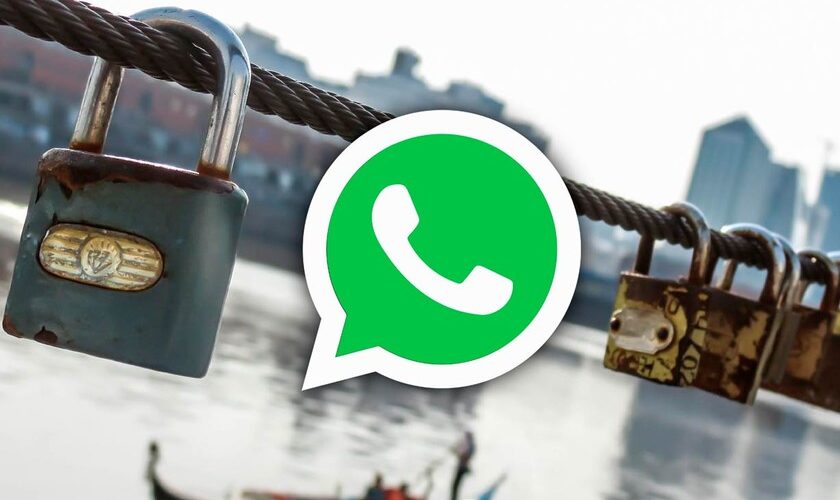 The relationship between WhatsApp and Facebook will necessarily be closer for those who use the messaging application outside of Europe: updated privacy terms expand the number of personal data WhatsApp shares with its parent company, Facebook. And users in India are starting to receive an alert that forces them to accept those terms.

When Facebook bought WhatsApp in 2014, and paid the not inconsiderable amount of $ 19 billionIt was clear to all of us that the messaging app was going to bring Zuckerberg’s company a huge amount of benefits. Already having a platform as popular as Messenger, Facebook saw the opportunity to get a significant return on user data. Little by little the relationship between WhatsApp and Facebook became closer. Until the obligation to accept the transfer of data between services. 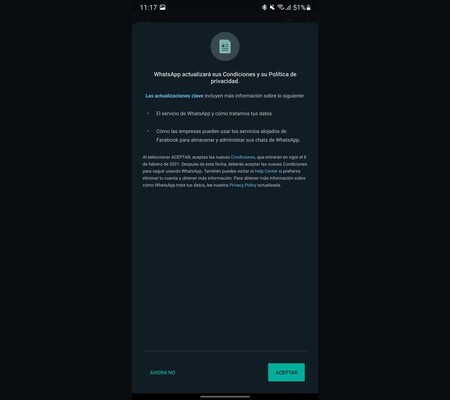 The first thing to emphasize is that the movement between WhatsApp and Facebook does not affect European citizens as this territory is covered by the GDPR data protection regulations (bad luck, UK). As dictated by the European WhatsApp privacy conditions, ‘Currently, Facebook does not use the information in your WhatsApp account to improve experiences with Facebook products or to provide you with more relevant ads on the platform.‘. Quite the opposite of what happens in the rest of the world.

WhatsApp has updated the privacy conditions of users outside of European territory to reflect the increase in user data being shared with Facebook. This change brings with it a new obligation, as those who use WhatsApp in India (also in Spain) have personally received: the messaging application forces you to agree to share the data with Facebook. In case you do not want to do so, WhatsApp reserves the right to delete the account of those who expressly refuse to accept the new conditions of use.

WhatsApp will share with Facebook the phone number of its users, account information, transaction data, information related to the service (metadata), interactions on the platform, device information and many more usage data.

The update in the privacy conditions It will come into force on February 8, 2021. By that date, all WhatsApp users outside the European Union must have agreed to share the required user data with Facebook.

WhatsApp has officially ruled on changes in the privacy of European citizens: the company confirms that the situation has not changed. According to WhatsApp:

‘There are no changes to WhatsApp data sharing practices in the European region (including the UK) arising from the updated Terms of Service and Privacy Policy. To clarify any doubts, it remains true that WhatsApp does not share user data from the European region with Facebook in order for Facebook to use this data to improve its products or advertisements. ‘

Via | The Hacker News