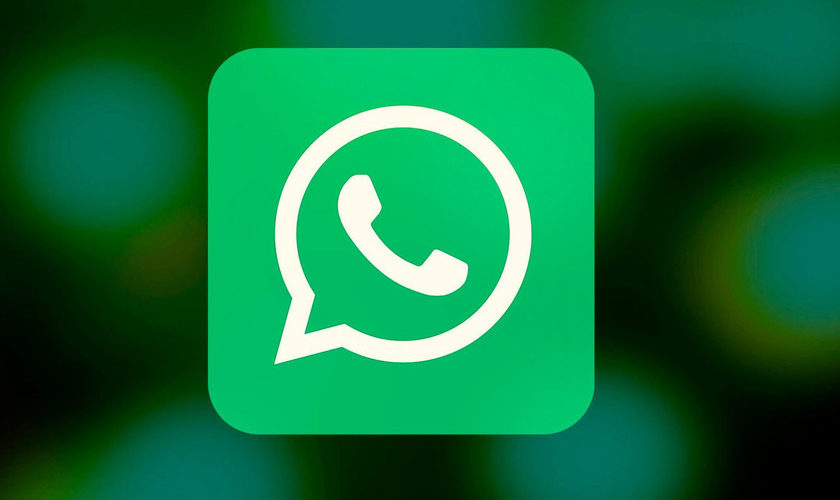 FacebookTwitterPinterestEmailWhatsApp
Home » WhatsApp now allows you to start a group video call from the group chat: here’s how
Applications

WhatsApp now allows you to start a group video call from the group chat: here’s how

The group video calls are in full swing these days and that has caused apps like Houseparty or Zoom to become fashionable. Another popular app that has long allowed multi-party video calls is WhatsApp, although with up to four participants.

Now, in addition to fighting the fake news By placing limits on viral message forwarding and proposing a series of phones for hoax verification, WhatsApp has focused its efforts on facilitate these group video callsHow? By adding a button in the group chats.

Only in groups of four or less participants 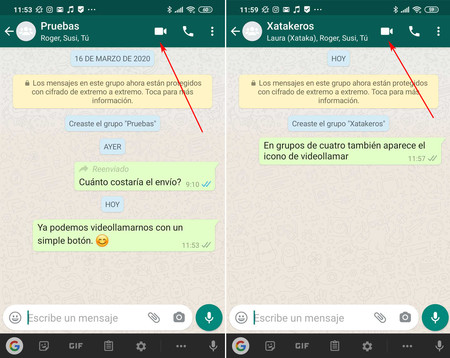 It was the company itself that, through a publication on its official Twitter profile, has announced the new feature to the public: “We’ve made it easier than ever to initiate a group call from WhatsApp for groups of 4 or less. From your group chat, touch the video or voice call icon to directly initiate a call with everyone in the chat.

We’ve made it easier than ever to start a group call from WhatsApp for groups of 4 or less. From your group chat tap the video or voice call icon to directly start a call with everyone in the chat! 🙌

That is, simply open a group chat and press the video call icon that now appears next to the call icon. WhatsApp will automatically initiate a video call with all participants of the group, who will have to accept it before they can enter. Please note that the limit is still four participants, so this video call icon will only appear in group chats with four or fewer contacts. 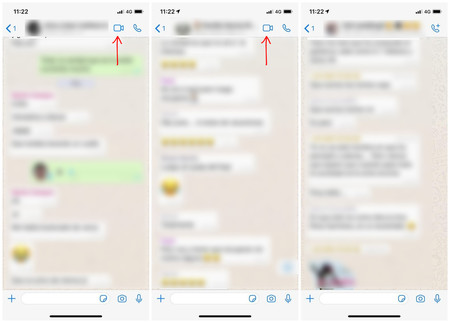 The function is already being deployed on both platforms globally. Some members of the Xataka Mobile team are already available this new button in iOS and Androidbut it’s not on every device yet. If you don’t, check the Google Play and App Store for any pending updates, and be patient.

WhatsApp now allows you to start a group video call from the group chat: here’s how