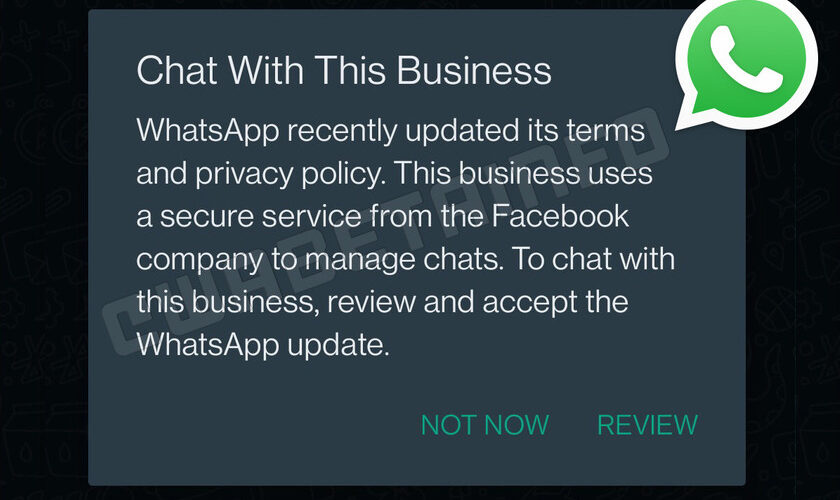 FacebookTwitterPinterestEmailWhatsApp
Home » WhatsApp privacy changes will finally be optional, according to WaBetaInfo
Applications

WhatsApp privacy changes will finally be optional, according to WaBetaInfo

WhatsApp began the year surrounded by controversy after announcing its new privacy policies, something that did not please many users who ended up going in disarray to other applications. We could now be before the last chapter of the drama, as WaBetaInfo ensures that the new WhatsApp privacy policy will be optional.

Accept the conditions only if you need them

WhatsApp’s attempts to explain the changes in its privacy policy did not have much effect, so the whole thing has been on hold since the end of May, when the company announced that for now no limitation would apply to those who have not accepted the conditions of use. Three months later, we have a new episode of this novel.

WaBetaInfo has discovered a notice that appears when trying to chat with a company account if you have not accepted the terms of use. Basically if you do not accept the conditions you cannot chat with the company. The reason is that this company uses a Facebook service to manage chats, and the company needs you to accept the use of your data in that service in the new privacy policy. 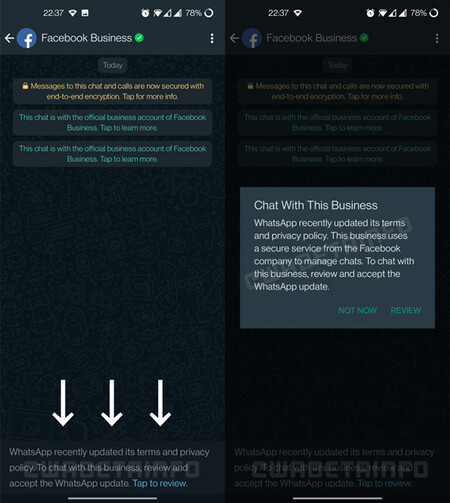 What emerges from this notice is that to keep talking with your friends and acquaintances you shouldn’t need to accept the privacy policy. Instead, the application would ask you to accept the conditions only when you are going to perform an action that really needs it, such as chatting with a business account.

According to WaBetaInfo, WhatsApp plans announce these changes to the terms of use soon, which would materialize in a future update of the application for iPhone and Android phones. Will it be the end of the crisis of the terms of use of WhatsApp?