With the huge worldwide controversy that was generated after the last notice on WhatsApp, the company is determined to combat their bad image and alleged misinformation. After updating its help website, WhatsApp is using the status of the application to promote how safe and private its service is. From now on he intends to make use of these States to promote the benefits of your platform.

Instant messaging on mobile phones is mired in a war in which all platforms compete to win users for their respective applications. Among all the available ones, there is one that stands out internationally, WhatsApp. However, despite its popularity being indisputable, competitors such as Telegram or Signal have recently scratched millions of users. All for a change in the use of data that WhatsApp had to rescind. Temporarily. 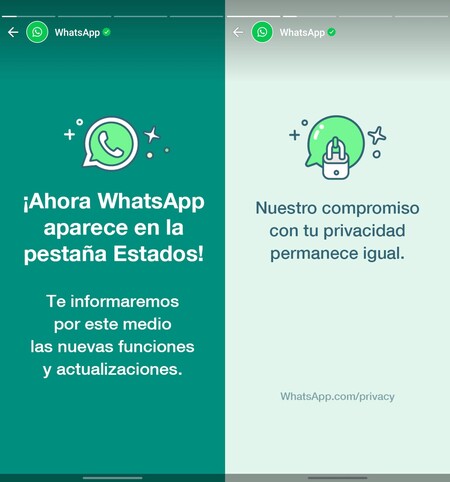 Until now, States were only used by WhatsApp users. It is not the most used section of the platform since the format not as useful in a messaging app as in one of the Instagram typeBut, even so, States are a very practical tool to carry messages to all people. That’s just what WhatsApp thought.

If you look at the Status tab of your application you will see a message from the messaging platform. As WhatsApp ensures in these States, the company will use them from now on to communicate news on the platform. Or to become ‘self-aggrandize’, that’s how the first messages are.

The new WhatsApp Status is aimed at convincing its users of how safe and private its service is. The movement joins the strategy of combating disinformation related to the alleged data management carried out by companies that are part of the Facebook group. Emphasizing privacy, security and highlighting the fact that messages are encrypted from end to end to prevent them from being read even by WhatsApp itself. 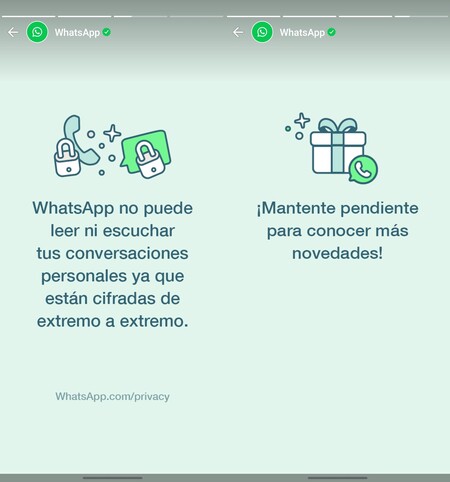 The fact that the company is using a tool such as the States to highlight the benefits of its platform opens the door for WhatsApp to carry out any advertising action, disguising it as useful information for the user. Further, WhatsApp statuses cannot be silenced, they do not expire after 24 hours and they cannot be blocked either.