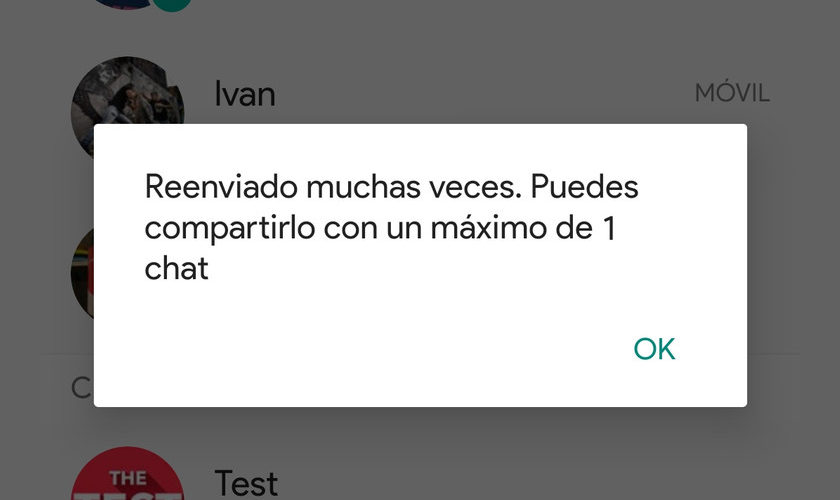 Two years ago, WhatsApp began limiting how many times a message can be forwarded at one time. So far the limit is five forwardings at a time, although the company has announced that the limit is going to change for its most forwarded messages: can only be forwarded to one chat at a time.

After WhatsApp included a magnifying glass in its most frequently forwarded messages, these receive an additional limitation to stop the spread of hoaxes and false news: forwarding is going to stop. At least, the massive reshipment.

Only for heavily forwarded messages 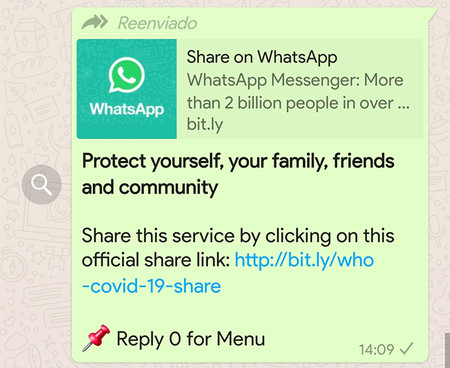 The limitation only applies when trying to to forward the message to many people at once. That is, you can’t forward a message to 20 people at once, but you can by repeating the same process 20 times (or using the clipboard). WhatsApp has stated, however, that the above limitation on forwarding (from 20 to 5 messages), resulted in a global reduction of forwarding by about 25%.