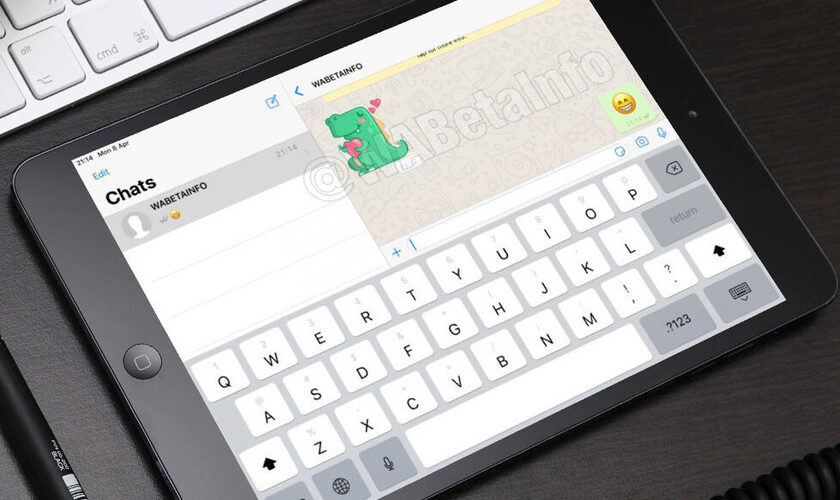 will arrive with multi-device mode 2.0

We have been hearing that WhatsApp will have an official version for iPad and Android tablets for two years now, although we expected it to arrive at the same time as the multi-device mode. It was not like that in the first version, but as it advances WaBetaInfo, soon the multi-device mode will allow you link to your WhatsApp account for iPad.

The multi-device mode of WhatsApp was released in beta form last month and allowed you to link your mobile with four additional devices such as WhatsApp Web, WhatsApp for PC or Portal. In the future, the list will increase allowing you add WhatsApp for iPad or Android tablets, still in development.

WhatsApp for iPad and tablet, soon

Before WhatsApp made the leap to iPad and tablets it was necessary to make a few adjustments, since the application not cloud based rather, all communications are end-to-end encrypted. This change has been materialized in the new multi-device mode, which maintains encryption without the need to keep the mobile on and connected.

The pieces seemed to fit with that version of WhatsApp for iPad that was in the air for a couple of years, but after the arrival of the new multi-device mode in beta form, there was no trace of WhatsApp for iPad or tablets. Instead, it was possible to link the account on the mobile to sessions on WhatsApp Web, for PC or on Facebook Portal. WaBetaInfo anticipates that the work continues: the native version for tablets continues:

NEWS: WhatsApp is finally working on multi-device 2.0, and you can use iPad as new linked device ☄️
Android tablets are also planned to support multi-device on WhatsApp for Android!

It’s under development and it will be released in a future update. Follow me to discover more 💚 pic.twitter.com/rND4xQfBDj

In the screenshot shared by WaBetaInfo we can see an iPad as a paired device in multi-device mode which is obviously not yet available to all users as WhatsApp for iPad has not yet been officially released.

WaBetaInfo adds that the multi-device mode of WhatsApp will be supported both with the version for iPad and Android tablets and coming soon as an additional native app. As expected, it will work independently of WhatsApp on mobile (that is, you do not need to keep it connected or turned on). Of course, for the moment we still have no date. It will arrive when it arrives.