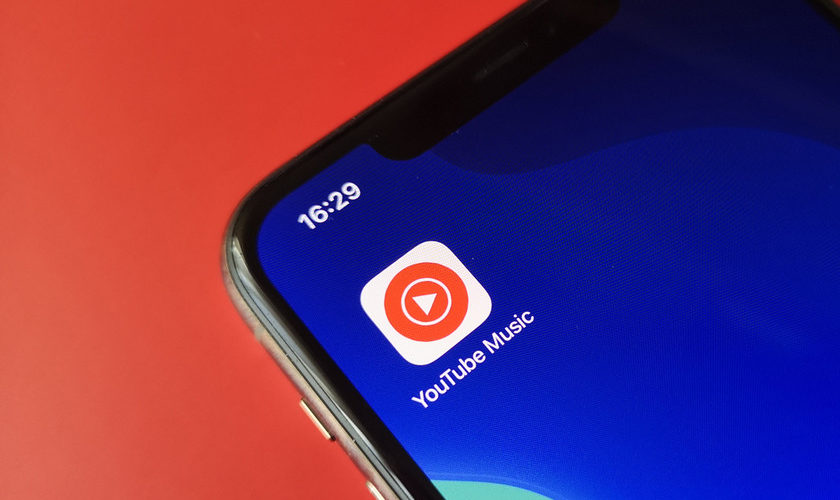 FacebookTwitterPinterestEmailWhatsApp
Home » YouTube Music now allows you to view song lyrics in iOS and Android: how to activate
Applications

YouTube Music now allows you to view song lyrics in iOS and Android: how to activate

One of the Google applications that more new features have been added in recent times is, without a doubt, YouTube Music. In fact, it has become the music app par excellence of the Mountain View company and there is speculation that it could replace Google Play Music as a pre-installed app on Android phones.

Be that as it may, the truth is that YouTube is adding important new features lately, such as the ability to upload your music library, support for Siri or the option to control it from Waze while driving. Now, following the example of Spotify, YouTube Music already allows us to see the lyrics of the songs we’re listening to in both iOS and Android and without the need for third-party applications. Let’s see how it works.

How to see the lyrics 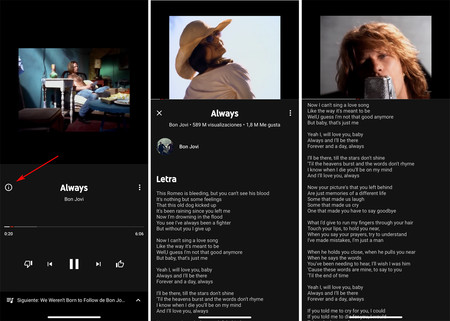 After several weeks of testing, Google has activated an option on YouTube Music that shows us the lyrics of the song being played at that time. This new feature is available to both iOS and Android users, regardless of whether they use the free or paid version.

And how do you activate that function? If you know how to do it, it’s very simple, but you have to admit that it’s not very intuitive: you have to click on the information icon on the left of the song title in the player view. The song tab will then be displayed with the title, channel information and, just below it, the lyrics.

Watch out, just works with the device vertically (when you turn it and put the video on full screen, the lyrics disappear) and it does not act as karaoke, but you must manually scroll the lyrics as the playback progresses. However, it seems that Google is working on a new interface for the YouTube Music player with a new slider panel at the bottom that will allow us to see the playlist and lyrics more easily. 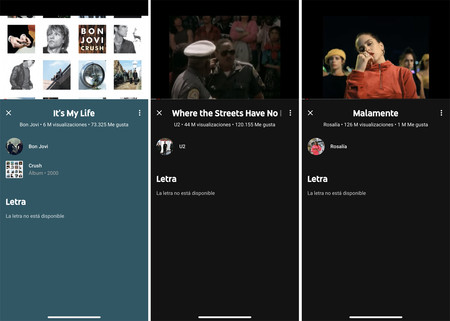 Please also note that the service that provides the lyrics to YouTube Music is LyricFind, so, as is often the case with this type of service, does not include with the lyrics of all the songs (especially those of Spanish artists). In that case, when you click on the mentioned information icon, you will see the message “The lyrics are not available”. 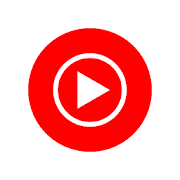 YouTube Music now allows you to view song lyrics in iOS and Android: how to activate

What happens if I press WPS button on router?