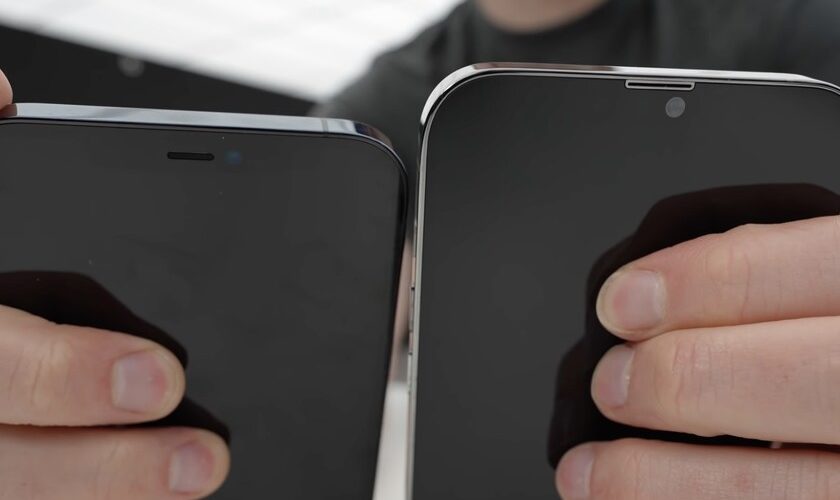 There are still four or five long months left until we meet the new generation of iPhone. Despite this and as it is almost tradition, they are already beginning to circulate mockups like this of an iPhone 13 Pro Max. A model where a notch reconfigured and smaller alongside a much larger camera system. Let’s take a look at it.

A notch much smaller for iPhone 13

Lewis Hilsenteger is the creator of the Unbox Therapy channel that has achieved an iPhone 13 Pro Max mockup, the successor to the current 6.7-inch model. As it is a model, we can only make sure of its physical appearance. And among the first thing mentioned by the youtuber is its high weight.

The finish of this model is quite successful if we compare it with other less worked models. With them, the accessory manufacturers they have an almost identical approximation to the definitive iPhone. And so they can create accessories that fit perfectly. 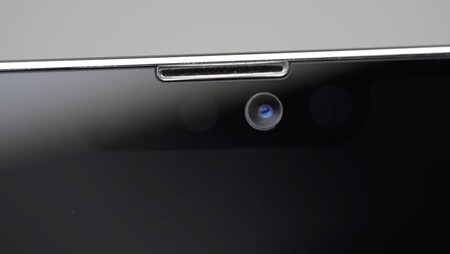 Hilsenteger also shows us what the front of the iPhone 13 Pro Max is like, which will also be shared by the rest of the models. That is where we see a notch much smaller, mainly thanks to the repositioning of the speaker to the top edge of the phone. The mockup is so detailed that we can distinguish the different Face ID modules in this “tab”.

Compared the iPhone 12 Pro Max and this model against each other, the reduction is very significant. There is a larger space on the sides that can now display more information. Until now, the operator and battery charge remained hidden. From this iPhone, both could start to show.

Finally, there is a detail that is worth noting. And is that the speaker is surrounded by a fine line which appears to be the same metal as the chassis. It stands out a lot on the front, although surely in the final result it is disguised as in the current iPhone.

A much larger camera system 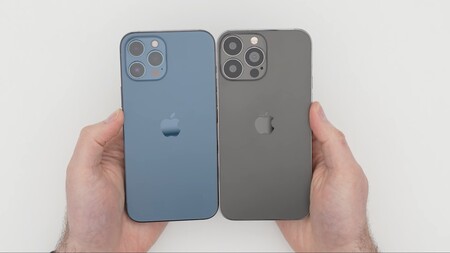 The rear camera or, rather, the three-lens system of the iPhone 13 Pro Max is enormous. When the youtuber holds both models in hand, the mockup reveals three oversized lenses. With a more square set as indicated by other rumors and leaks.

The lenses are wider and at the same time, they stand out more than in previous models. It is believed that the larger dimensions will serve to accommodate a stabilization by sensor shift on the ultra wide angle lens. The same system that is already in the wide angle lens. This indicates that we should see a substantial improvement in photography and video recording.

Finally, the button placement remains the same. They are no higher or lower as in previous leaks. The thickness of the phone seems to have increased slightly and the Lightning connector is still in place, contrary to what the first rumors said.

The iPhone without ports but with a magnetic connection will have to wait another year. 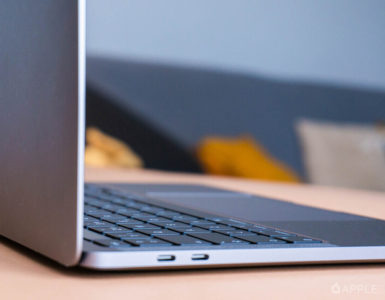 Now that the keynote WWDC has been left behind, any new leaks that come to us can help us determine when the products that were rumored for last Monday can come out. And today data has emerged from two DigiTimes...

The search network, which allows us to locate our devices and accessories, is advancing by leaps and bounds. The functions that Apple integrates into compatible devices make locating a lost device even easier and...

The current generation of Apple smartphones, the iPhone 12, is the largest to date. It consists of four different models that vary in screen size, power and photographic section. The recommended retail price starts at... 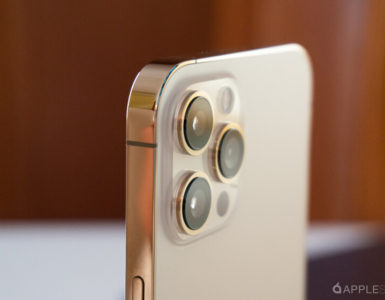 Sensor Displacement Optical Stabilization Coming to All iPhones 13, According to DigiTimes

Last year, the iPhone 12 Pro Max brought a new kind of optical stabilization through sensor offset. Now, a rumor from DigiTimes (via MacRumors) claims that the displacement sensor will come to all iPhone 13 models. A...