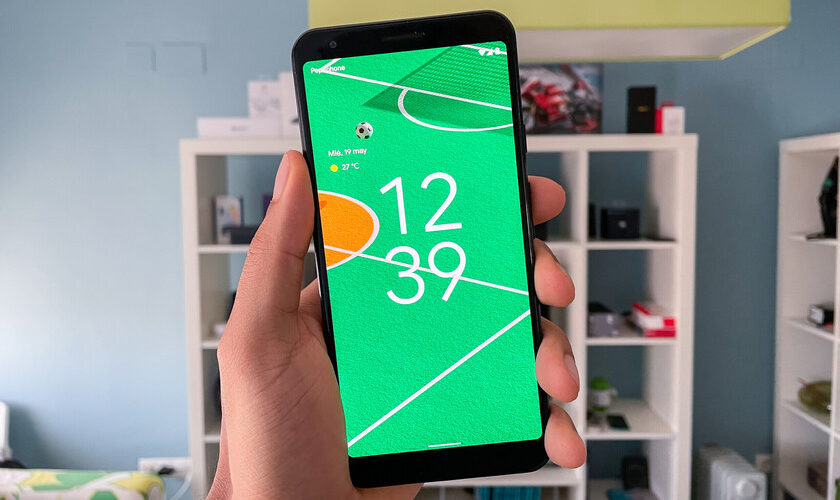 With yesterday’s presentation from Google, the company has finally unveiled the future software that awaits its products. Among the improvements, there is one that has gone unnoticed but has a story behind it. Its about elastic scroll that launches Android 12 and that it originates from the original iPhone. The patents that protected it have expired, leaving its use within the reach of any manufacturer.

Scrolling on an original iPhone shown by Steve Jobs

Those who have been following technology for a while and, specifically, Apple, will remember the moment when Steve Jobs showed the world how to navigate the menu of the original iPhone. With his finger, he showed how the scroll worked with inertia that kept moving the screen when lifting the finger.

The more speed you gave it with your finger, the faster it traveled. And when you reach the end of the menu or list, bounced. That rubber banding so characteristic of iOS as well as inertial scroll were patented from the moment the iPhone was announced.

Steve Jobs said on stage that they had patented the original iPhone to infinity, now that protection has faded

And today, more than 14 years later, the patents that protected the original iPhone have expired. This is stated by the US Patent and Trademark Office, where design patents prior to May 13, 2015 they have a protection of 14 years. And those after this date increase by one year to 15 years of protection.

That means that as of January 7, 2021, the patents of the original iPhone have begun to be exposed, as the Twitter user has collected Sam gross. He himself ensures that the patents of that model are dated January 7, 2007 (There are other previous ones). Thanks to the expiration of patents on the iPhone, which Steve Jobs claimed to have patented ad nauseam, we now see Android 12 arrive without foreseeable legal consequences.