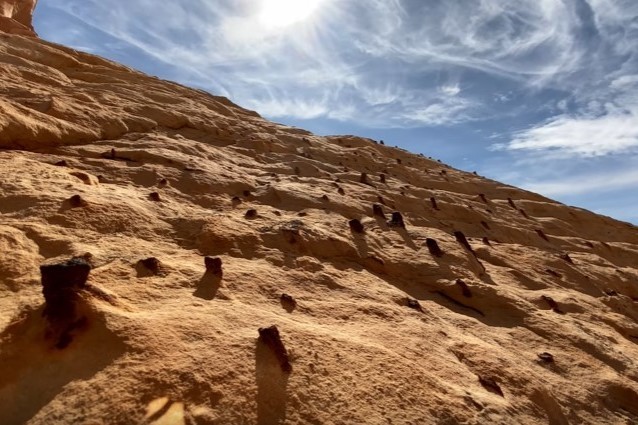 Cupertino’s firm has just published a new video of his series ‘Shot on iPhone’ and this time the clip has been recorded in the Valley of Fire State Park located in Overton, Nevada. Fifty miles from Las Vegas are the remains of a monumental geological process, sculpted by 200 million years of wind and water, an ocean of rock, a valley of fire.

This new video from the ‘Shot on iPhone’ campaign was captured in 4K, using the ultra-wide-angle camera of an iPhone 11 Pro. The clip highlights the different rock formations of the Valley of Fire in bright, vivid colours.

More videos from ‘Shot on iPhone

Apple has shared several videos from its “Shot on iPhone” series which is designed to show the photo and video capabilities of your iPhone. The last long format video was “Powder”, a clip that focused on professional snowboarders.

Powder was filmed in British Columbia, Canada, and introduced the past and present competitors of the Winter X GamesThe snowboarder’s friends, who are snowboarding on the slopes and valleys of Baldface Lodge.

The iPhone 11 Pro used for the latest announcement features a triple-lens camera with the best wide-angle sensor Apple has ever released, along with a telephoto lens, a super wide-angle lens for better landscape shots and offers users the ability to record 4K videos.