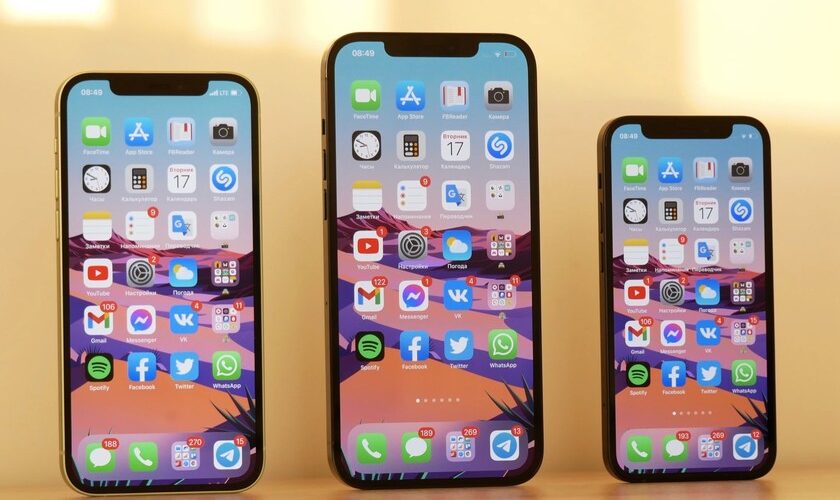 Apple sneaks 9 iPhones into the top 10 smartphone activations in the US during Christmas, according to Flurry

Estimates begin to arrive of what may have been the best Christmas in history for Apple. A new report from Flurry claims that Nine models in the top ten of new US smartphone activations are iPhone, with only the LG K30 looming in tenth position.

And those metrics are Christmas Day only, December 25, a day in which all the gifts are opened in the homes of the United States and therefore represents a reflection of what they have wanted to give. Above all the models, the iPhone 11 is the one that has triumphed by far the most.

A bestseller, with the only absence of the iPhone 12 mini 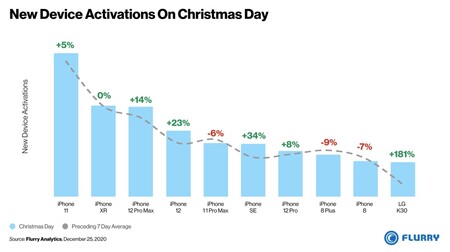 The iPhone that have been released with less success have been the iPhone 8 and 8 Plus, with a downward trend. IPhone 12 mini not listed, so your demand must not have been too high in relative terms. Another point to take into account is that the number of phones that have been activated this Christmas has been 23% lower than last year, probably caused by the pandemic and its economic consequences in many families.

But even with these difficulties, these Flurry figures predict that Apple’s next financial results press conference (expected to be at the end of January) is going to be very positive. Perhaps the best Christmas present was not an iPhone, but a few Apple stocks.

Apple sneaks 9 iPhones into the top 10 smartphone activations in the US during Christmas, according to Flurry