iOS 15 will leave out the iPhone 6s and iPhone SE after six versions of support software, according to a rumor

The original iPhone 6s and iPhone SE will not have iOS 15 support next year. This is stated by the Israeli website The Verifier (via MacRumors) in an article published yesterday. All three A9 processor-based models would be dropped off the upgrade train six years after their original debut. 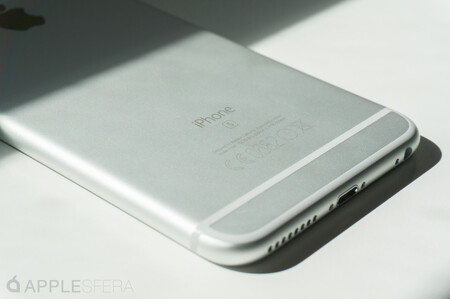 We can report for the first time that the iOS 14 operating system version will be the last major update for the aforementioned devices, since these devices will stop receiving important updates and will be limited to security versions. iOS 15 will support the iPhone 7 onwards and will be available in September 2021, as Apple is used to.

At the beginning of its article, The Verifier even dares to give an iOS 15 release date: September 15, 2021. That would mean that the company could present new models iPhone at the beginning of the month, as was customary before the pandemic. Although it is quite risky to date these types of releases when there are at least 10 months left.

In any case, it is clear from this rumor that the iPhone 6s, iPhone 6s Plus and iPhone SE are left out of iOS 15. This new version can be installed on the iPhone 7, iPhone 7 Plus onwards, devices that by then they have been on the market for five years. The iPhone with A9 processor will therefore be out after six years and six versions of iOS.

That said, it should be remembered that although they can no longer support a large version of iOS, does not mean that updates end here. There are several examples where Apple releases new software so that devices not compatible with the latest version of iOS can patch security holes or bugs. An effort that allows you to continue using old devices without dispensing with up-to-date device security. 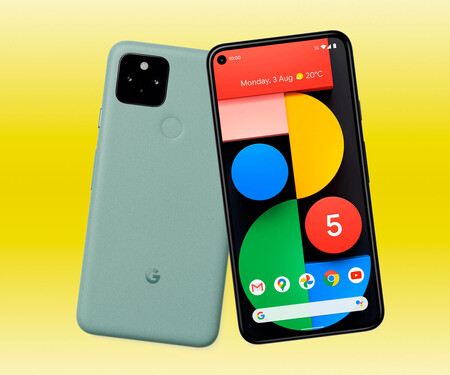 With the release of iOS 12 two years ago, the iPhone 5s received what was its last major version of iOS. The model debuted in 2013 with iOS 7 and ended its support in 2019 with iOS 12.4. Of course, as we have seen, in 2019 it received a small security update. 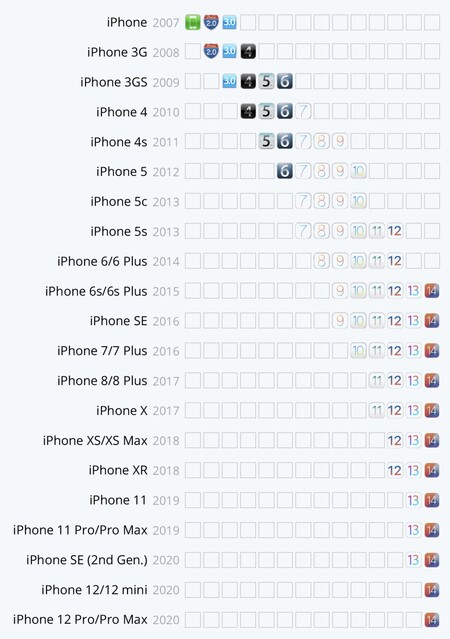 If the iPhone 6s and iPhone SE confirm that iOS 14 is their last major update, they will match the same support time as the iPhone 5s: six versions and six years (As noted in Statista). If we compare the support of the iPhone with the Google Pixels, which enjoy the most software support on Android, the difference is abysmal. 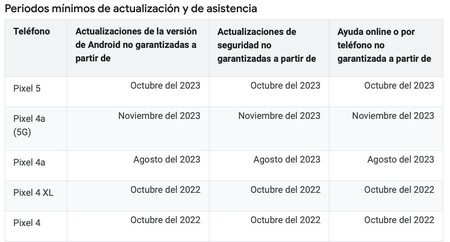 The Pixel 4 were launched at the end of 2019 and will have Android support and security assured until the end of 2022. The Pixel 5 was launched in October of this year and will enjoy just from the same three years of support guaranteed until 2023. Exactly half the time of an iPhone 6s.

In terms of software support and device longevity, iPhones maintain their leadership over the competition. And it does so in all models of the same or similar generation of hardware.

iOS 15 will leave out the iPhone 6s and iPhone SE after six versions of support software, according to a rumor