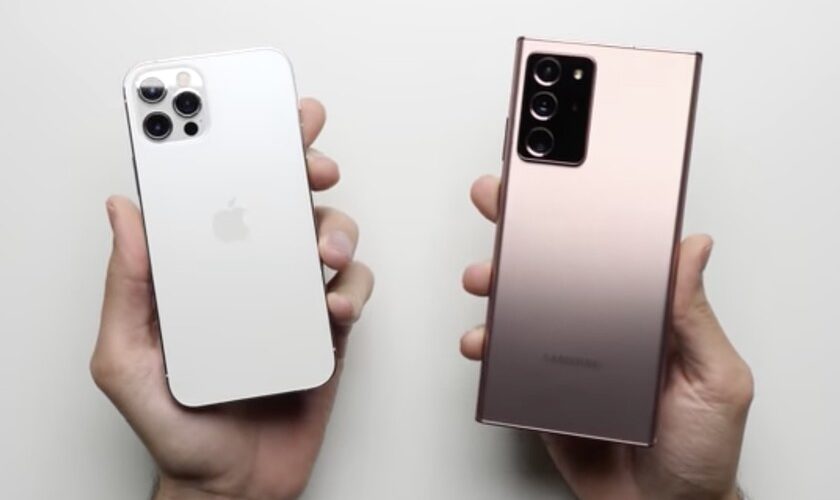 In the world of smartphone speed testing, app opening has become a classic. Now that the iPhone 12 is on the market, the PhoneBuff channel has tested its already traditional test. And they have done it comparing the speed of an iPhone 12 Pro with a Samsung Galaxy Note 20 Ultra.

Over the years, these kinds of tests have stopped making the sense they once did. But they still make clear the superior integration between hardware and software in Apple products.

17 second advantage with half the RAM

As shown at the beginning of the video, Samsung’s Galaxy Note 20 Ultra has 12GB of RAM. Meanwhile, the iPhone 12 Pro has only 6GB of RAM (4GB in non “pro” models), being exactly half of the Korean model. The other key point in the comparison is the processorThe characteristics of these are as follows: 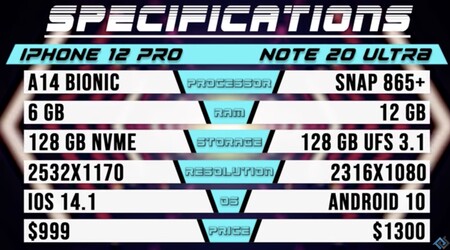 So the Apple chip has two cores less, but with a more efficient manufacturing process of 5nm (pioneer in the industry). Overall, we have to the iPhone 12 Pro with half the RAMIt has fewer cores (without looking at the power in both cases), although with a process of 5nm higher and still beats the Samsung model.

It’s well known that Apple’s integration into its products allows it to better fit the pieces together. The combination of iOS 14 with the A14 Bionic is the winner of this test, without a doubt. It’s striking what Apple is able to do with less cores and much less RAM than its main competitor. 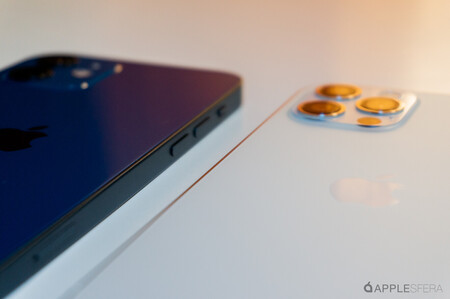 From some time to this part, the different speed and power tests that are performed on the smartphones have ceased to make sense they once had. In the past they were a central part of the user experience when opening and running intensive tasks. But now that a certain performance threshold has been reached, they’ve taken a back seat.

The speed of a smartphone is taken for granted in the high end. It’s no longer a differential point when it comes to choosing between one model or another. But that doesn’t mean that its importance has disappeared.

In the case of the iPhone, the power is already taken for granted and the improvements come from other quarters as well. In addition to security, we have components like the neural engine focused on self-learning tasks. Thanks to it, iPhone takes better pictures by detecting textures, scenes, and elements. Especially sensitive in low-light situations.

The addition of the LiDAR sensor also allows to take advantage of the augmented reality in a new generation of professional apps. And in the portrait mode improved results are obtained even in low light situations. There are more and more edges where the processor and other components such as RAM are difficult to evaluate. That is why this type of test has been becoming less important.