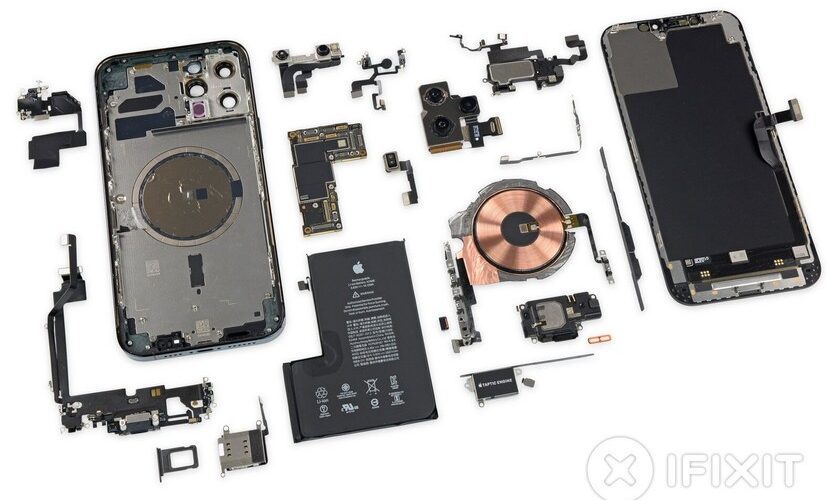 As every year iFixit has disassembled all the new iPhones of this year, all four. And it is precisely in the last of them, the iPhone 12 Pro Max, where the most marked differences with the rest of the iPhone family this year have been found. In this model, the battery recovers the L-shape that it lost in the iPhone 12 or 12 Pro and, in addition, it has a significantly larger camera module. 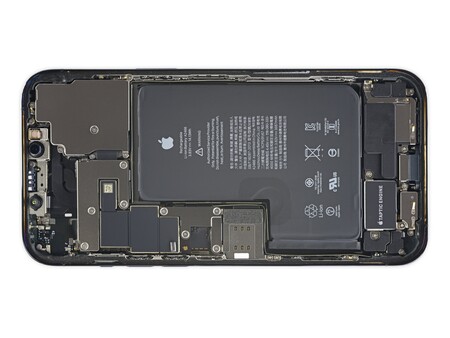 We already expected that the iPhone 12 Pro Max would have some difference in its components. Specifically in the camera, of which Apple already told us that it has a larger sensor and optical stabilization by moving the sensor itself. What we did not expect is that the L-shaped battery that we saw for the first time in the iPhone 11 Pro would return to the generation after missing it in the iPhone 12 mini, iPhone 12 and iPhone 12 Pro.

The iPhone 12 Pro Max battery is the one that offers the most capacity of the generation with its 14.13Wh compared to 10.78 of the iPhone 12 and 12 Pro. Of course, somewhat less than the battery of its equivalent last year, the iPhone 11 Pro Max, which offers 15.04Wh. 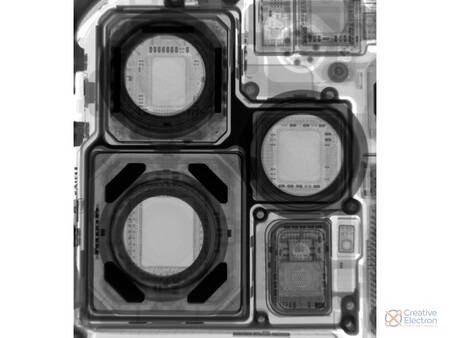 In a first approach to the phone in the form of an X-ray photograph, we can see that the sensor of the wide-angle camera, the one in the lower left of the three that we see, is notably larger. Old enough, in fact, that we hardly see it in its entirety. 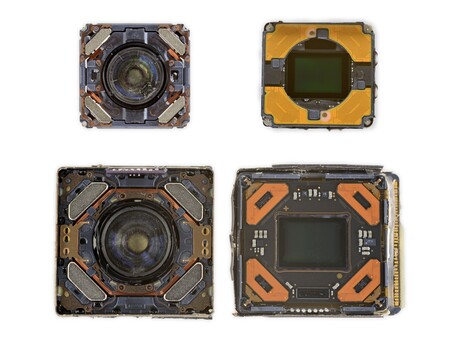 Let’s also look at the four black corners around this lens that indicate the presence of the image stabilization system via sensor. A system that moves the entire sensor plate, which we can see less in the right part of the following photograph, to compensate for the movement of our hands when taking the exposure. Although in a frontal image it is somewhat difficult to appreciate, being able to move the sensor instead of the lenses is a great advantage because its weight and size make it much easier. Thanks to this system, the iPhone 12 Pro Max can stabilize all our shots even better. 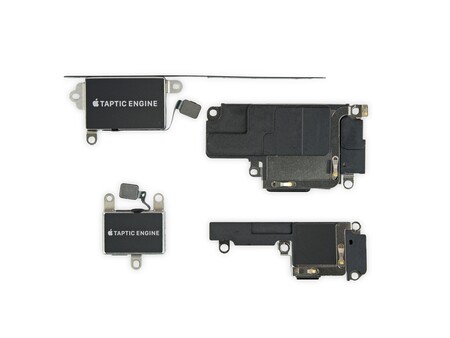 Beyond the differences that we have just seen, the rest of the iPhone is very similar to its little brothers, yes, except for its size. Take, for example, the redesigned Taptic Engine and the speakers, which are now secured by a small hitch that facilitates repair, the difference in size compared to the iPhone 12 mini is more than considerable.

As Steve Jobs, and also Jonatan Ive said, many Apple products are practically more beautiful on the inside than on the outside. Undoubtedly something to everyone’s taste, but what we will all agree on is that the interiors are really interesting, sometimes even surprising.