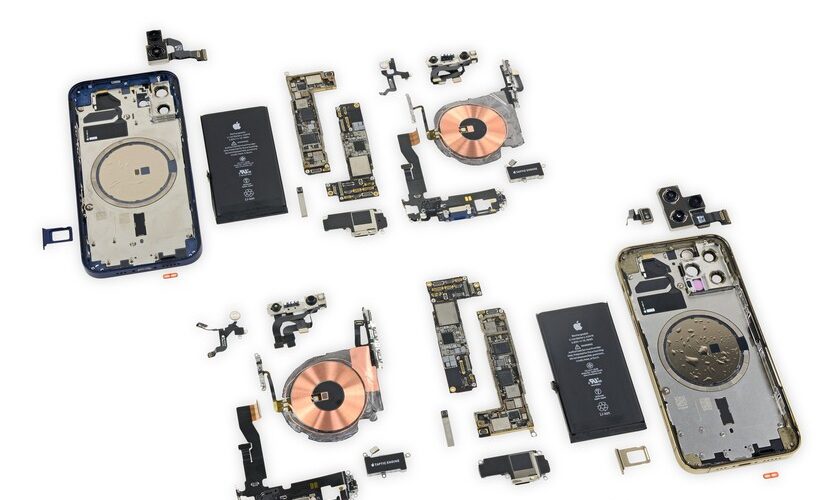 As with every iPhone, iFixit has taken some of the early units of the new iPhone 12 and iPhone 12 Pro and taken them all apart. In the process have discovered several interchangeable parts between the two models including, for example, the display and the battery. 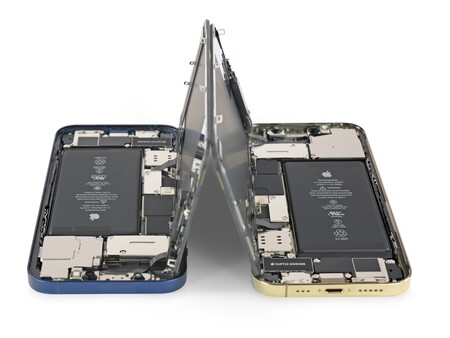 With the arrival of the new iPhone 12 and iPhone 12 Pro we have of course all appreciated the change of design to flat edges, but according to the disassembly that iFixit has done we can see much more internal changes than we would expect. One of the main ones, which covers the whole design of the device, is greater modularity. Thanks to this various parts and components are interchangeable between the two devices, including the Taptic Engine which has considerably reduced its size, and the screen.

In addition to this new modular design, Apple has reduced the number of adhesive-bound components, such as the speakers, in order to use other resources. This change will make it easier to repair the new iPhone. The modularity of the internal design is such that on the iPhone 12, where the 12 Pro has the LiDAR sensor and the third camera, it has a plastic spacer with the same shape. 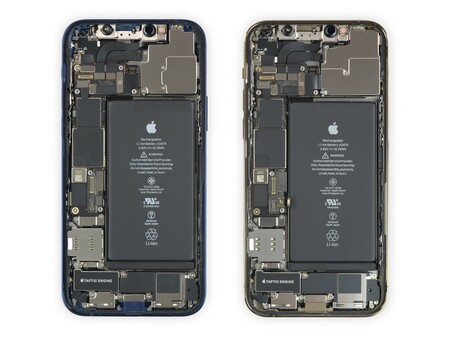 Another important change in this new layout is the balance between battery and logic board. Until now, the battery was L-shaped and of considerable size, while the logic board was considerably smaller. With the iPhone 12 and 12 Pro this situation is reversed: the battery is rectangular and it is the logic board that takes the shape of an L and a considerable size. This increase in size is mainly due to the need to fit the chip for the 5G manufactured by Qualcomm. A chip that, by the way, is the SDX55M model instead of the X60 that was rumoured. 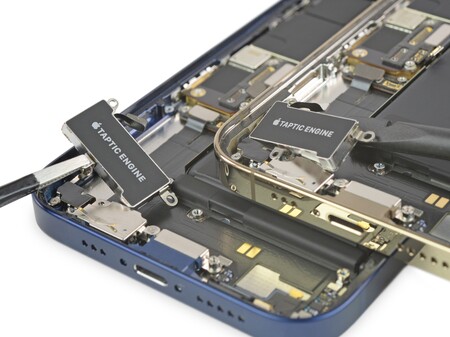 Related to the above we can mention the change of location of the SIM tray, which we already appreciated with the external appearance. According to iFixit this is due to the need to accommodate the mmWave antenna for US models.

In keeping with reparability, Apple has adopted a modular design for SIM card readersThis will make it much easier to exchange the piece than in the previous generation. A change that also applies to the device’s speakers that use a small piece of plastic to hold them in place. 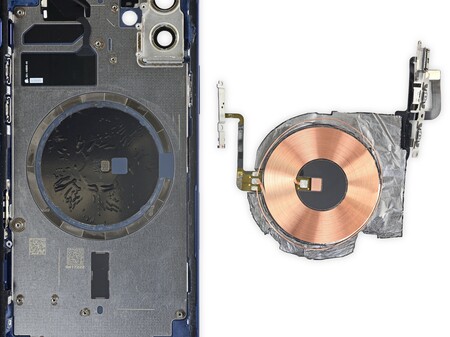 Last but not least, we found the 18 magnets of the new MagSafe system which, combined with the wireless charging spiral present on iPhone 8, allows us to charge these new iPhones at 15W.

It is clear that in addition to the redesign that we can see from the outside, Apple has rethought and redistributed the internal components of these new phones. By prioritising repairability and giving greater or lesser importance to the different internal components, Apple has managed to further improve a design that few of us see, but we all enjoy.