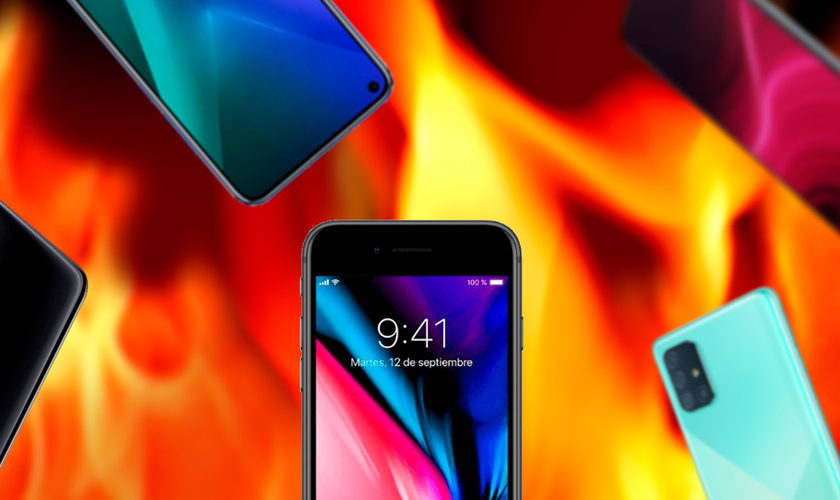 Apple has just announced its new smartphone, the iPhone SE (2020). Although it shares a name with the terminal it launched in 2016, the truth is that they have little to do with each other beyond trying to continue a physical exterior design that was no longer being used in the company’s latest terminals.

iPhone SE (2020) takes over from iPhone 8 in terms of appearance: borders, physical start button with Touch ID and 4.7″ Retina display, as well as a single 12 MP camera. However, important changes are on the inside with the integration of the Apple A13 Bionic processor with Neural Engine.

It is these specifications that, along with iOS 13, can make the iPhone SE (2020) an attractive terminal for users who do not need the latest available on the market, do not want to spend the money that an iPhone 11 costs and prefer relatively small screens, but are interested in having a powerful device that will last a few years.

If you’re thinking of upgrading your smartphone and you’re not sure if this iPhone or an Android device is right for you, in this post we compare the main smartphones with Google’s operating system that move in a price range similar to Apple’s “economy” model.

When we talk about relatively cheap Android smartphones, it’s impossible not to think about Xiaomi. The Asian company has been installed in our country with great success because of its products with a great quality-price ratio. One of the most recent in their catalogue is the Xiaomi Mi Note 10 Pro.

This terminal has a 6.47″ AMOLED curve screen and a fingerprint sensor integrated into the display. It has five cameras and 10x hybrid zoom with OIS stabilizer. Its battery has a capacity of 5,260 mAh and has a rapid charge of 30W.

It has an Android operating system with the MIUI 11 customization layer, Qualcomm Snapdragon 730G processorThe system is equipped with a USB-C connector, 256 GB of internal storage, 8 GB of RAM, NFC, USB-C connector and Bluetooth 5.0. Its weight is 209 grams and the dimensions are 15.8 x 7.4 x 1 cm. The price is 499.99 euros.

OPPO is one of the main smartphone brands in Asian countries, although in Spain it is not as popular as Xiaomi. Realme is one of its sub-brands that stands out for a more adjusted quality-price ratio with which it seeks to face Xiaomi, and one of his proposals is the Realme X2 Pro.

In the photographic section we find four cameras in the back 64 MP (main), 13 MP (telephoto), wide angle (8 MP) and depth sensor (2 MP), as well as a 16 MP front. We also find USB-C, Bluetooth 5.0 and under-screen fingerprint reader, as well as Dolby Atmos from 399 euros to 499 euros depending on the internal storage chosen.

Asian firms usually have several brands that differ in the price of their products. Like OPPO with Realme, Huawei has HONOR. In this brand you can also find smartphones with an interesting quality-price ratio, such as the HONOR View20.

From the operating system we have Android 9 with the Magic UI 2.0.1 customization layer, and regarding the photographic section we find a 48 MP rear camera and a 25 MP front camera. Other features include USB-C, integrated fingerprint reader on the back and 3.5mm jack. Its official price is 549 euros, but it can be found around 400 euros with 128 GB and 6 GB of RAM.

Samsung is one of Apple’s main rivals. Although the South Korean company’s most eye-catching smartphones are the high-end ones (see the new S20 line), it has many other models at different prices for practically every pocket. One of his proposals of around 450 euros is the Galaxy A71.