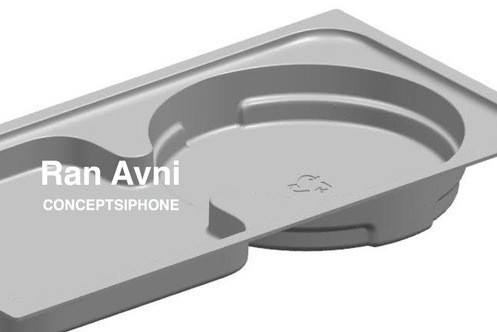 FacebookTwitterPinterestEmailWhatsApp
Home » The supposed mold of the iPhone 12 case is leaked and yes: it’s thinner
Iphone

The supposed mold of the iPhone 12 case is leaked and yes: it’s thinner

Recently another clue has come to light that adds seriousness to the rumour of an iPhone 12 without a headset or adapter included in its box. That’s what you can see right at the top: what it looks like the mold to store the phone components inside that box that would become thinner.

If we look at the image we can appreciate three “holes”A round one to store the charging cable, a square one to hold the warranty papers and basic instructions, and a less pronounced upper rectangular one where the iPhone would be placed. As always, the device is the first thing you’d see after opening the box.

iPhone 12 inner box.
This leaked image confirmed the rumors that the iPhone 12 will not come with a charger. 100% real.
.9to5mac MacRumors#iphone12 pic.twitter.com/bGHUbLENft

The image corroborates the rumors: without a charger or headset, the iPhone 12 case would be much thinner. In fact, if it weren’t for the cable, it would be tiny. And while we’re on the subject of cable: could be Lightning to USB-C as mentioned in MacRumors. Perhaps that would be the most controversial point, since it would mean that all the USB-A adapters we have accumulated in our homes would not work. Unless we use them with adapters, of course.

It’s all to be expected, because if the Macs we’ll see at the end of the year also take advantage of the transition to Apple Silicon to definitively abandon USB-A ports. Apple is the company that by definition push to new standards and protocols, so I wouldn’t be surprised to see something like that.

The supposed mold of the iPhone 12 case is leaked and yes: it’s thinner