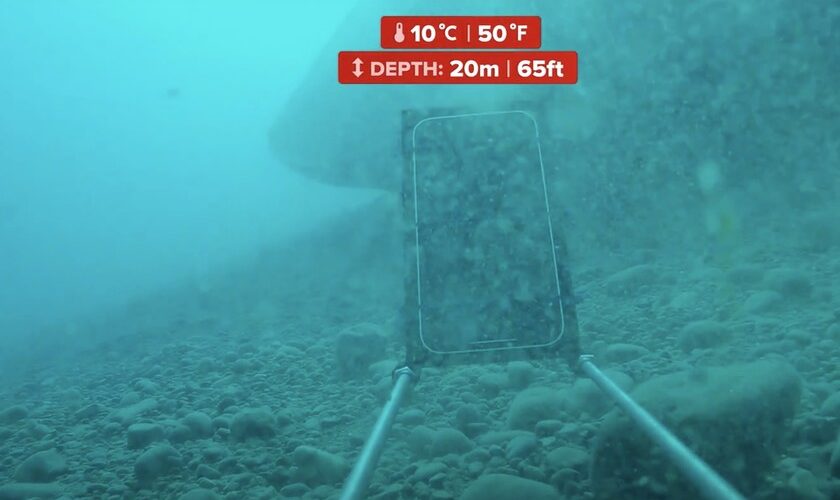 According to official information, the iPhone 12 is capable of being submerged for up to 30 minutes at a maximum depth of six meters. As on other occasions, CNET has wanted to verify this information and has obtained the most interesting results.

A liquid test far beyond specification

The team responsible for these tests has used Lake Tahoe and an iPhone attached to an underwater drone with a camera to see what was happening to the phone during the dive. After 30 minutes at 6 meters deep at a temperature of 11 degrees, the iPhone 12 has continued to function normally.

In the video they highlight that the sound from the speaker was slightly muffled or muffled, something that, without a doubt, it will return to normal when the phone has dried completely and has been able to expel the water from the acoustic cavity.

In a second test, they submerge the iPhone 12 at 20 meters for 40 minutes. As expected everything on the iPhone has continued to function normally Not counting the sound from the speakers, it was still muffled.

After drying the device for 72 hours, a certain degree of humidity is observed under the glass of the front camera. In addition, when you turn on the phone, a diagnostic screen appears, which seems designed to collect information about the situation of the phone, aware that something is not going as it should.

We have already seen on other occasions how some Apple devices have endured unthinkable amounts of time submerged or floating in the oceans. Beyond the curiosity of these events, what we can be sure of is that our iPhone 12 will emerge unscathed from almost any occasional dip.