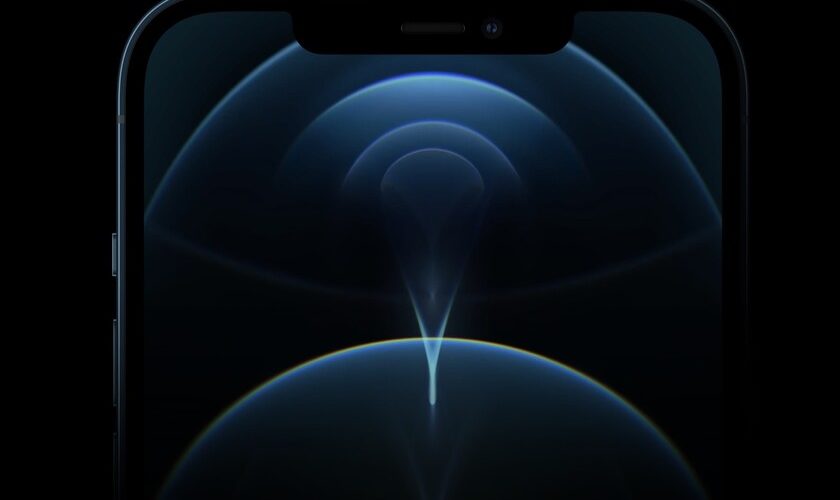 Last week we saw the resurrection of a rumor that had appeared sporadically before: the possibility of a screen always-on on the next iPhone. That is, a screen that would never turn off completely, as we can see in the Apple Watch Series 5 and 6. It is something increasingly common in Android terminals.

Thanks to an intelligent management of the screen refresh rate, which could even be only 1 fps, the battery would hardly be affected. The miracle would be done by a new generation of LTPO displays with variable frequency, and it would allow us to see key data without even having to move the phone. So the question that comes up now is: What data could we show?

Let’s look at the Apple Watch as a possible example. When your displays are in “sleep” mode, the brightness is reduced and some elements such as the fill colors of the elements of the sphere become black (black pixels on an OLED screen don’t consume power).

Moving that to the iPhone, we could see some kind of adapted wallpaper that is more discreet when the screen is not in use. Or, for the benefit of greater autonomy, the background disappears completely as with some Android models whose screen is always on.

Let’s also think about the information we might see. The phone continues to work in the background even when locked, so a screen in idle could show us the time, the battery level and coverage; the information of some widgets such as the weather, the calendar or the stock market … we could also see some messaging notifications that we select in our preferences. The screen would turn on fully for calls, in order to continue drawing our attention more.

The access buttons to some basic functions such as the flashlight or the camera could also be present on that screen at rest, although it would be necessary to see how they behave if before pressing them we move the phone and the sensors turn it on.

Anything else? Apple could offer some extra flexibility, such as the ability to integrate Siri shortcuts on that same screen. For example, to send a message to a specific contact directly from the locked screen, using Face ID or Touch ID (remember that there are rumors that speak of their return) to authenticate us.

But all these additional functions already make us think of another implication: we will have to see changes in the iOS locked screen for this to be so. If we are really going to see a screen that will always be on in the next iPhone, iOS 15 can show us a completely new lock screen as one of its main novelties.

We will see what finally comes true, because remember: we are talking about rumors. The new iPhones are scheduled to be introduced to early autumn, in an event that some optimists already hope to see with the partial return of the public at the Steve Jobs Theater.