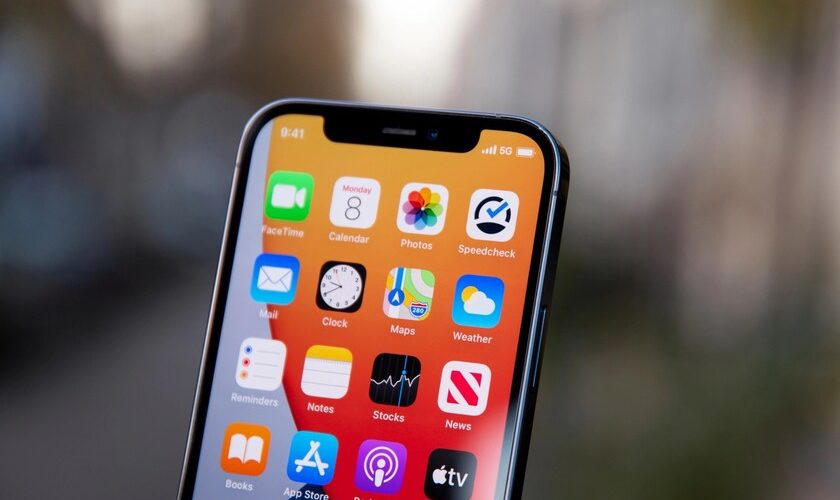 Why a “dumb” iPhone is the Grail of Mark Zuckerberg

Apple is in the crosshairs of many developers for their respective app stores. One of those leading the charge is Facebook, which has the iPhone in its sights. A couple of days ago, Facebook gave The Verge access to a commissioned report ComScore where it is stated that Apple and Google block the competition with their default apps. Let’s see what this argument consists of and why it would push towards a “dumb” iPhone, Mark Zuckerberg’s Holy Grail.

The “excessive” power of Apple and Google on their platforms

The report reflects an increasingly widespread current of opinion that platform owners should not be able to participate in it. For competitive reasons, because they give themselves advantages that the rest do not have. It is important to take this into account, since part of the legislation that is being developed in the US and is being considered in other regions follows this direction. 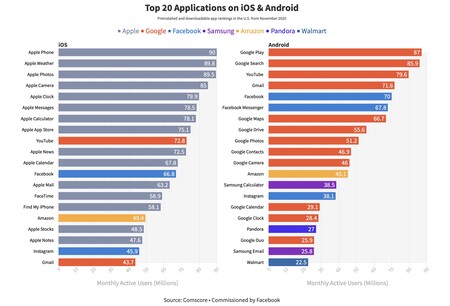 The graph above summarizes this argument perfectly, with data collected in the US in November 2020. On the iPhone, 16 of the 20 apps with the most active users per month are official Apple, with Telephone reaching 90 million users. On the Android side, Google has 12 of the 20 most used, with its app store with 87 million users. The four most used apps on each platform are owned by the platform owner.

The intention of Facebook, as collected in the article, is to show the impact of pre-installed apps in the competitive ecosystem of apps. “Facebook is the only developer with more than one app on iOS and three on Android”, where 78 million users use the Apple Calculator, more than those who use Gmail on Android.

Although they are conclusive numbers, a closer look at the data casts certain doubts about the methodology with which they were obtained.

The doubts that arise with the Facebook-ComScore report 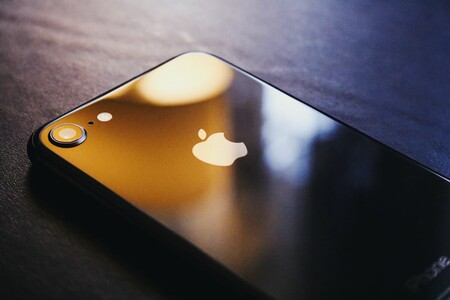 When a reputable company releases a report, we tend to believe what they say in him at close quarters. However, there are several things that make us doubt about the reliability of the data and conclusions shown. The first alert that we should see is in the millions of active users used as a metric. For the iPhone, the most used app is a phone with 90 million, but according to Statista, in 2019 there were already 200 million users in the US.

The metric itself is now obsolete. Active users per month is quite broad, when the really interesting and the one that is beginning to be used the most are active users per day. Know how many users open an app per month does not contribute as much as knowing which ones they use every day. You can use a default iOS or Android app once a month (Phone), while in your day to day you use a not so popular third party (Viber).

This type of behavior would be lost in the ranking and would reinforce the default app. The ideal would have been to place the app by default and compare it with all third-party apps in that category. And do it in a daily use, not monthly. Because in this way, an image that does not seem to be very faithful to reality is reinforced.

If we look at the list, it is striking that no browser such as Chrome or Safari is found. Why are there no browsers in the ranking? It is also hard to believe that the Stock Market app is above Notes and has a very similar use to FaceTime. Or that Find My iPhone surpasses both even before the AirTag is launched. Is iPhone so much lost or stolen in the US?

In The Verge’s own article they refer to the fact that the numbers in this study come into contradiction with others. ComScore published in April 2021 the 15 most used apps in April 2021 that indicate the following (combining iOS and Android): 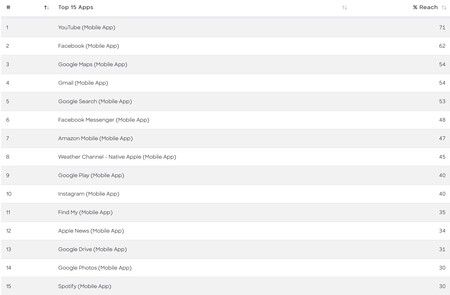 Of the total number of Apple apps that fit into this category, we only see Apple News. Despite being only iOS, it is in the ranking while iMessage, which is above in the study of Facebook, it has no trace. Apple told The Verge that the methodology of this study was “seriously wrong in a number of ways,” pointing to this very study as proof of that.

A report to get the iPhone fool 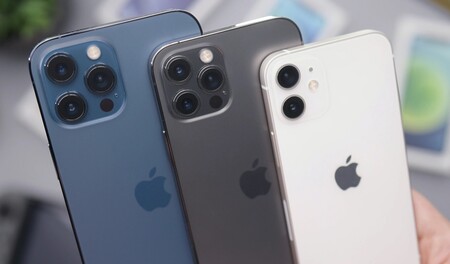 The report has a clear intention: to provide data that start debates in favor of Facebook. The Verge is a medium that takes years covering and pushing the narrative against Big Tech, so giving them the report is not a coincidence. The last paragraph of the article reveals its true intention:

The report points to the power that platform owners have over the apps used on their devices. Not only do app stores serve as gatekeepers, but phones also act as gatekeepers.

Due, it should be illegal that Apple has its own apps on the iPhone.

Clearly, it should be illegal for there to be a clock or camera app on your new iPhone. There should just be a black screen, and you’ll need to start by buying your own TCP / IP stack. https://t.co/qUBWBysT4e

Evans is a fairly reputable investor and analyst in the tech industry. And here he makes an ironic statement about where these narratives point: making it illegal for the owner of a platform to participate in it. And it is not something unreasonable, as it follows from one of the laws against Big Tech that they want to pass in the US.

Specifically, it is specified in Section 2 on conflicts of interest that a platform owner “may not sell products or services on it” or demand the use of a product or service “as a condition for accessing the platform”. Under this new legislation, which has yet to be passed and it will not be easy, Apple could not have its own apps on the iPhone. Furthermore, this law would also affect online stores and supermarkets that sell their products on their own shelves because it is a conflict of interest (Hacendado would not have a site in Mercadona, Amazon could not sell its Amazon Basics on its website). Which is completely absurd.

Facebook may also be in the thick of it (in fact, Facebook just got off a monopoly lawsuit), but of course they do not want to miss the opportunity. Breaking Apple’s control of its own devices would be a horizon to explode. A “silly” iPhone at the service of Zuckerberg in which to place your own apps much more easily.